Artemisia Absinthium (absinthe): properties, uses and where to buy it 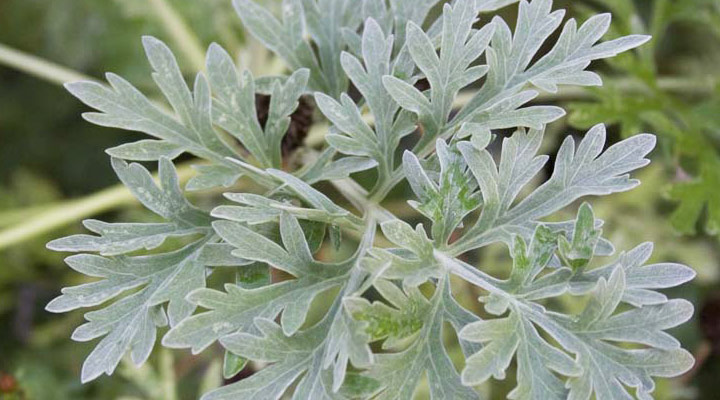 L ‘ Artemisia Absinthium , like all varieties of Artemisia, is part of the great family of the Composite .

Both in the East and in the West, absinthe has always been considered a very important medicinal herb .

The Anglo-Saxons have cataloged mugwort as one of the nine sacred medicinal herbs offered to the world by the god Odin; it is said that it was planted along the roadsides by the Romans , who put the twigs in their sandals to prevent foot pain on long journeys.

Absinthe gives its name to a very alcoholic drink: absinthe , whose prolonged use, like that of any part of the plant, can cause serious disturbances to the nervous system; however, it causes such an intoxication that it can make it difficult to use it abundantly.

Many famous people have been victims of the ” delirium tremens ” caused by this drink: Verlaine, Adgar Allan Poe.

Absinthe is also used for the production of many aperitifs such as vermouth.

It also contains artemisinin , the active ingredient also contained in Artemisia annua , used for the treatment of malaria and many cancers.

It is a herbaceous, perennial, tomentose, bitter and very fragrant plant.

The leaves are pubescent, whitish green above and white on the underside; they have an oval outline and the petiole becomes shorter and shorter as you go upwards.

The female peripheral flowers are uniseriati, tubular with the edge of the corolla tridentate; the internal flowers of the disc are hermaphroditic or sterile with conical and hairless tubes. The achenes are very small, obovate, hairless and smooth.

Artemisia Absinthium grows and thrives in dry and uncultivated places, along roads and paths, among bushes and ruins, from the sea to the mountain level up to 1550-2000 m of altitude .

The aerial parts of the absinthe are used (flowers and leaves) and the harvest is to be carried out during the flowering period , towards the end of summer.

Artemisia Absinthium is used as:

As previously mentioned, artemisinin , the active ingredient with anti-malarial and anti-tumor properties , can also be extracted from Artemisia Absinthium (wormwood) .

Therefore the pharmacist can also extract this precious active ingredient from Artemisia Absinthium, in the form of capsules titrated in artemisinin .

Where to buy Artemisia Absinthium?

Capsules and hydroalcoholic extracts based on Artemisia Absinthium can be purchased in pharmacies and herbalists throughout Italy, even on order.

For more information read: where to buy Artemisia Annua

The intake of drugs or extracts of Artemisia Absinthium is to be avoided during pregnancy , due to its uterotonic effects, and during breastfeeding , since artemisinin accumulates in breast milk giving it a bitter taste.